Kuna and the surrounding area is part of the Snake River Plain that stretches for miles across southern Idaho. The vast sagebrush desert was originally home to Native Americans, the Bannock and the Nez Perce Tribes utilized the land as hunters and gatherers. Their way of life helped preserve much of the native beauty and wildlife still enjoyed.

The first non-Native Americans in the area were fur trappers. They arrived about 1811 having followed Lewis and Clark who opened up much of the Oregon territory, including Idaho, in 1804 - 1806. Numerous people made their way west through Idaho and into Oregon along the Oregon Trail that followed the Boise River to the Snake River bringing settlers to the area as early as the 1840s. However, Southern Idaho's hot, dry, dusty climate discouraged many early pioneers from settling in the area.

The discovery of gold in the Boise Basin in 1862 and the Owyhee Mountains in 1863 brought thousands of miners, farmers, and businessmen to the area. The influx of people prompted the United States Army to establish a military fort in the area. Major Pinckney Lugenbeel who arrived from Fort Vancouver with a detachment of Oregon and Washington volunteers established Fort Boise on July 4, 1863.

In 1881, the Oregon Short Line Railroad (O.S.L.) started building its line westward across Idaho. In 1882, the railroad established a construction camp at a stage station where the road to Silver City (a major mining community) crossed the railway right of way. The site was originally known as "Fifteen Mile Station" because it was fifteen miles southwest of Boise and approximately twenty miles from the Snake River. When the rail line was put into operation in September of 1882, a station was placed at that point and given the name "Kuna." A settlement grew up around the station and flourished until 1887 when the O.S.L. built a branch line from Nampa to Boise.

During the years 1883 to 1887, supplies for Boise City, Idaho City, Placerville, Centerville, and Silver City, were transported by freight wagon from the railroad at Kuna. The early town consisted of at least three warehouses, a depot, and a post office. The settlement closed down and Kuna became just another railroad siding until prospects of irrigation water began attracting settlers.

When the United States Reclamation Service was established in 1902, its planned project sites included the Boise Valley. Major reservoir development began in the Boise Project,  including expansion of the New York Canal system. Eventually it ran south of Boise to the Kuna area and extended on to Deer Flat Reservoir near Nampa.

In 1905, Mr. and Mrs. Freemont H. Teed anticipated the coming irrigation trend and filed a 200-acre claim under the Desert Land Act, where Kuna stands. Water for stock and human consumption was hauled in barrels from the Snake River and later from an 18-foot well, dug in the bed of Indian Creek near Mora. The Teeds opened a post office in Kuna in 1905 and that same year the town site was opened. The promise of water brought numerous settlers to the area, although Kuna remained sparsely settled until 1909. On February 22, 1909, the first water was let into the New York Canal at Diversion Dam east of Boise. Irrigation water was now available to the Kuna region.

The small community of Kuna began to take shape when Frank Fiss established the first general mercantile store. More people settled in the area and other companies sought to take advantage of the land made fertile by irrigation. 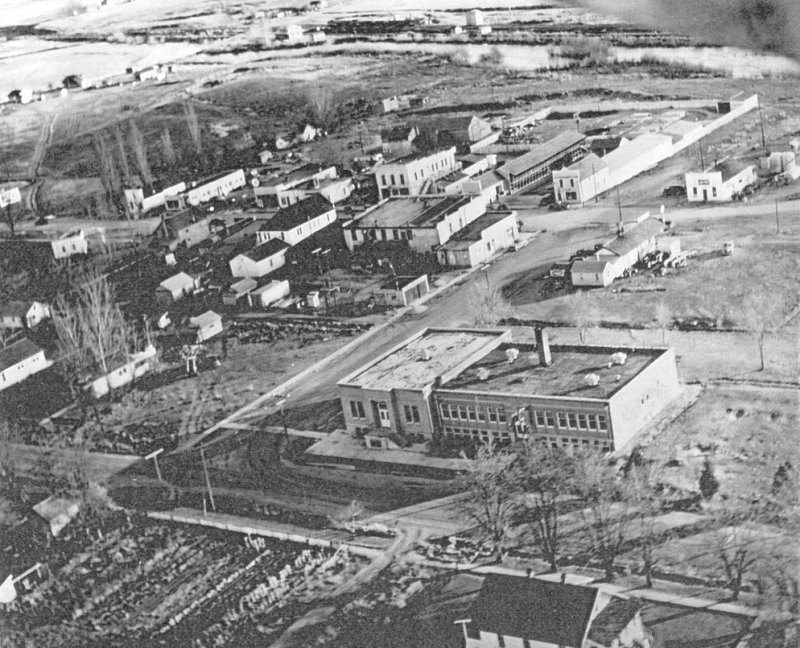